Located on prestigious Park Lane in Mayfair, the London Hilton on Park Lane Hotel boasts stunning views of Hyde Park, Knightsbridge and Westminster. With 453 rooms and suites, this award-winning 5-star luxury hotel also has a stylish bar and a Michelin-starred restaurant.

With marble bathrooms and a flat-screen TV, some rooms also have balconies. Executive rooms and suites offer Executive Lounge access with complimentary a continental breakfast, snacks and beverages throughout the day as well as internet access and private check-in.

Boasting some of London’s finest restaurants and bars, the Michelin starred Galvin at Windows serves a menu with an emphasis on French cuisine.

The stylish Podium Restaurant and Bar serves seasonal British cuisine and is famed for the Confessions of a Chocoholic afternoon tea.

The London Hilton on Park Lane also has a business centre, a steam room, and a sauna. 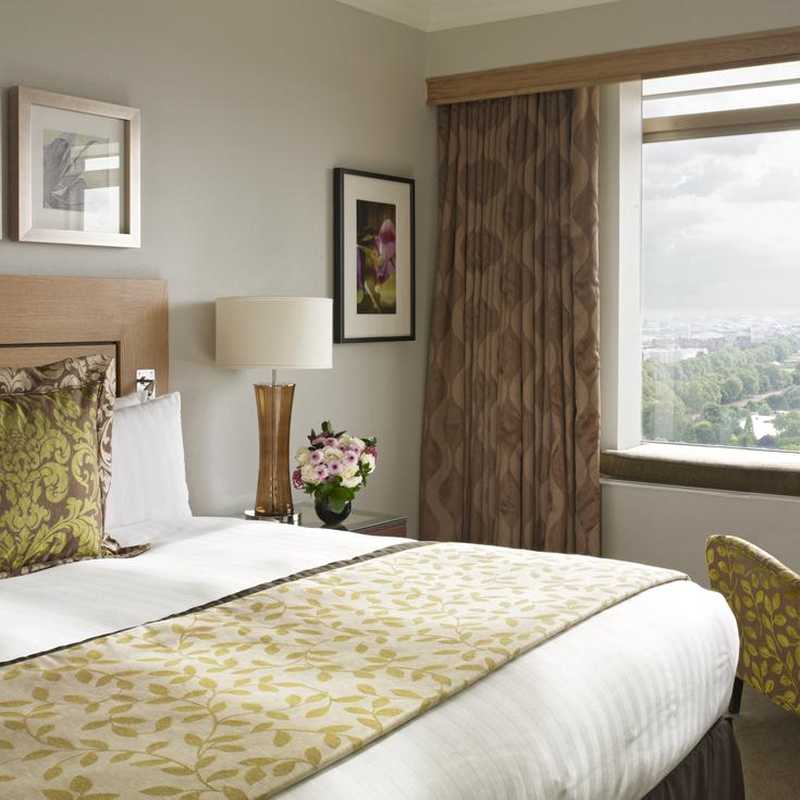